What Is Your Witches Name

Why Men Prefer Dogs Over Women 1. The average cucumber is at least 6 inches long.

2. Cucumbers stay hard for a week.
3. Cucumbers won't tell you size doesn't count.
4. Cucumbers don't get too excited.
5. Cucumbers never suffer from performance anxiety.
6. Cucumbers are easy to pick up.
7. You can fondle a cucumber in a supermarket.... and you know how firm it is before you take it home.
8. Cucumbers can get away any weekend.
9. With a cucumber you can get a single room.... and you won't have to check-in as Mrs. Cucumber. 25. Cucumbers won't give it up for Lent. 75. A cucumber will never call and say "I have to work late, Honey", and then come home smelling like another woman. What Is Your Witches Name Why Men Prefer Dogs Over Women So, what exactly is a curse? 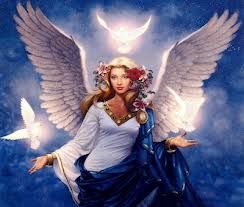 Call On The Angels
Personnaly © 2014 -  Hosted by Overblog